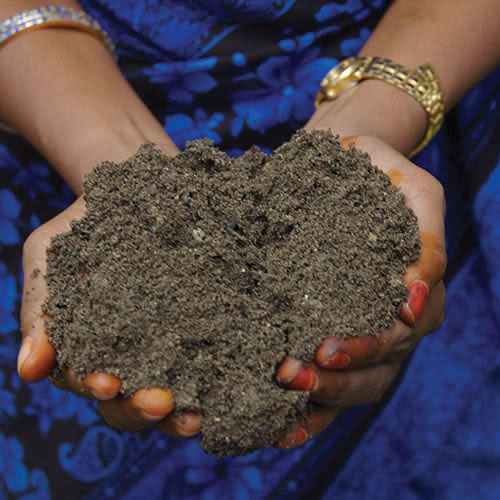 You know it makes ecosans

The managing director of Ripples, Paul Crow, explains why he and his company have been doing their bit to improve sanitation and health in poorer parts of the world by supporting the Wherever The Need charity

Have you seen the film Pay It Forward? The premise is that a boy named Trevor is asked, for a school assignment, to devise an action plan that will make the world a better place. So he develops a theory based on doing a favour for people who then, in turn, do a favour for three others.

After offering a homeless man space in his garage to stay, the man goes on to fix his mother’s car and on it goes until eventually there are hundreds of people involved in making the world a better place. Trevor is killed at the end coming to the rescue of a friend being bullied, so it’s not all happy endings, but that’s Hollywood for you.

It has for many years, had me thinking about whether the concept could ever work on any level.

According to the World Health Organisation, there are 2.5 billion people who don’t have access to a toilet. In India, that means one-in-three children will die before the age of five due to lack of sanitation.

That rather hit home. So in 2015, everyone in Ripples held parties, cycled to Paris, bought raffle tickets, made donations, sponsored people and did whatever they could to raise £1 here and £5 there from every person they could.

For every £350 raised, we are able to buy an ecosan toilet – a special kind of WC and much less expensive than the majority on display in our showrooms. It is also more basic than any of the toilets we sell. It doesn’t come with a flush, there is no running water required to operate it and it’s not very comfortable.

That said, for communities with a lack of sanitation, the benefits list is significantly greater than the features list. I learnt about Geraldine who, because she now has access to an ecosan toilet, no longer has to queue up with 500 other people to use the government-provided community toilet, which would mean her daughter arrives at school late and misses classes. This is better than the two logs that sat above the six-foot deep pit just outside the village, but it’s still not good enough.

An ecosan toilet is a win-win on many different levels. It separates solids and liquids, so it doesn’t smell and it composts the solids into a rich soil conditioner, boosting crop yields. The urine is dripped on to banana trees or similar and helps produce many bunches of tasty bananas. They are non-polluting and don’t require expensive infrastructure.

Safety and security, especially for women and young girls, is greatly improved, as is general health and well-being.

Because people are healthier, they don’t have to spend money on medication. They can work more and earn more money, or go to school more often and get a better education to try to break the cycle of poverty in which they find themselves

After I watched the video, I must admit that I was a bit embarrassed that Ripples had not done more. World Toilet Day passed on November 19 and I am not sure many people in Ripples took much notice, let alone people in the wider bathroom industry. In total, Ripples were able to raise more than £16,000 – and it’s still growing.

With subsidies from the local Indian government, that means 70 new ecosan toilets can be put in place, which means we’ve made a difference to more than 350 people like Geraldine.

But here is the thing, you don’t need to cycle to Paris or bang a drum. What if one more person in the industry reading this decided they would try to raise £350? And what if that person works in a showroom and their boss decides to match that, and that showroom made a £10 donation to the charity for every toilet sold? What if that showroom could raise £3,500 for 10 ecosan toilets?

And what if the manufacturers of those toilets decided that they should match it? And what if everyone in the bathroom industry decided to add a small paragraph on their web page explaining to their browsers why sanitation matters. And the people looking at these web pages all decided to give a quid or two?

What if the industry’s leading publications, like this one, decided to help raise the profile of charities like Wherever The Need and promote the good work that they do? It all sounds a bit far-fetched, doesn’t it, and maybe a bit of a pipe dream or a Hollywood fairy tale. But unlike Hollywood, the ending of this story is up to us, and maybe, just maybe, a little Pay It Forward today can reach out to another Geraldine tomorrow.