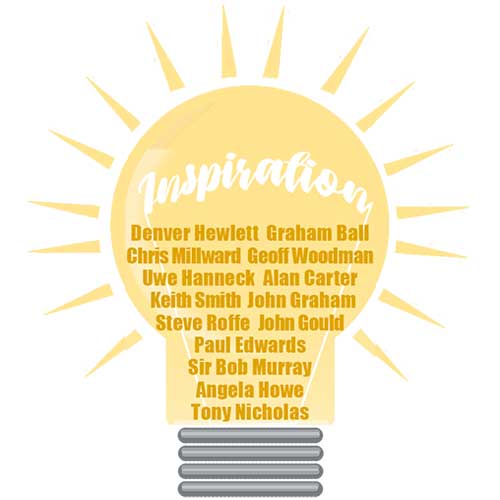 It’s all about the people

Home > Opinion > It’s all about the people

Swift Electrical’s commercial director, Malcolm Scott, reflects on some of the characters of the industry he has met at previous kbb shows

As the kbb Birmingham show draws near, I’m looking forward to seeing many of the faces of our industry and I find myself thinking about some of the amusing things that have happened at the show over the years.

There was Jimmy Theobald and his team all with very nice jackets that looked like they were cut from deckchair cloth – how they must have hated that. The Vance Miller stand with appliances from £50, which surprisingly no one was buying. And Enzo Balestrazzi – always larger than life on his huge Baumatic stands.

Denver Hewlett retired at the end of 2017 after more than 20 years heading up Belling and GDHA, during which time he was a driving force behind the Made in Great Britain campaign to promote British manufacturing – ‘doing his bit’ to keep more than 1,000 manufacturing jobs in Merseyside. Having trudged round Bolton, York, Chester and London after midnight with Denver looking for food or another drink, I can say categorically that he is a larger-than-life character – and if he had to borrow to pay for his round at the bar, a cheque would arrive a few days later.

And speaking of larger-than-life characters, I’ve been fortunate enough to work with both Graham Ball and Uwe Hanneck at the KBSA – two very different, but quite remarkable gents. Graham held senior positions at Whirlpool, Brandt, De Dietrich and Hotpoint before retiring and was well known among his staff for his habit of ordering a whole table full of starters with no main courses – in what came to be known as a Ball’s buffet.

Uwe, ex-BSH chief executive, as everyone knows, must eat Duracell batteries for breakfast as he keeps going all day – and boy you can learn a lot from watching such a professional operator. Many of us still smile when we think about Alan Carter, ex-Bosch sales director who worked with Uwe for 20 years. For many years, Alan was one of the best salesmen in the industry.

Speaking of really great salesmen reminds me of Chris Millward, who worked for the legendary Chaim Schreiber in the 1970s as his sales director for the 280 Schreiber stores, before moving to Crown Products in Kent. Chris was born to sell. Schreiber created a whole generation of movers and shakers – many of whom have now retired. People like Geoff Woodman, former sales director at Hotpoint for 20 years, Keith Smith of RG Coles Kitchens in Essex, ex-Fagor sales manager John Gould, Steve Roffe who is still running RG Coles, and John Graham who is still running Sovereign Appliances. If you couldn’t sell, and sell quickly, Schreiber sacked you, so these guys learned how to sell.

I was fortunate enough to meet another giant of our industry recently, Sir Bob Murray, who is currently chairman of the very successful Omega Furniture Group. Bob was the M in the Spring RAM phenomenon of the late 1980s and early 1990s, when RAM (Rooney & Murray) had a business that peaked at £190 million turnover and dominated the kitchen sector with its Chippendale Furniture franchise. Sir Bob sold his stake at the peak of performance and promptly launched Omega in direct competition to RAM.

But our industry isn’t just all about big manufacturers and big names. Paul Edwards and Angela Howe at Kestrel Kitchens in Norwich manufacture really great products, keeping a team of skilled craftsmen in work, while Tony Nicholas operates some of London’s best kitchen studios. And if you’re fortunate enough to end up at a bar with any of them during the kbb show in Birmingham, as I can vouch, they always buy their round.